The Second Saturday Scrum Club was born of my desire to establish a regular gathering with a group of fellow miniatures gamers of a certain disposition. Below are the core members and a bit about each of us. We also maintain an unofficial auxiliary of like-minded folks with similar gaming proclivities who we invite for role-playing and miniatures games, when time and seating allows. 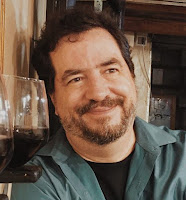 Joe Procopio is the founder of the Second Saturday Scrum Club. He went into a deep gaming freeze after an adolescence mildly obsessed with role playing games, only to re-emerge in middle age to discover the joys of miniatures gaming. His gaming blog is Scrum in Miniature (miniaturescrum.blogspot.com), and he launched a small miniatures company named Above the Fray Miniatures in 2018. His other passion is Picture This Press (LostArtBooks.com), a publishing venture that preserves the work of under-appreciated illustrators and comic artists from earlier in the 20th century. 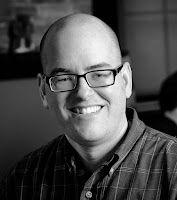 John Sears has been rolling dice for decades and painting figures for even longer. While he loves role playing and board games, miniature wargames combine his passion for modeling, research, crafting, and gaming, which have proved irresistible to him. He documents his projects on his blog 1000footgeneral.blogspot.com, and hopes to release a long gestating set of game rules in 2019. 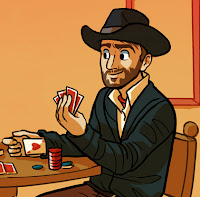 Jared Smith has been gaming since he was six, and plans to keep doing so forever. His Cthulhu Mythos RPG magazine, Bayt al Azif, can be found at BaytAlAzif.com. He also publishes comic books as Retrofit Comics (retrofitcomics.com) and sells comic books at Big Planet Comics (bigplanetcomics.com). 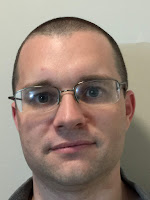 Rich McKee has been running a persistent Stonehell game across several groups and many conventions for almost 10 years. He intends to destroy the dungeon this year and move on to something else. 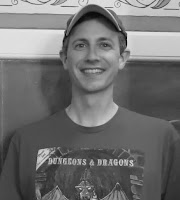 Zach Howard entered the dungeon in 1982 with a copy of the original 1977 D&D Basic Set, now known as “Holmes Basic” after its editor, J. Eric Holmes. Since 2011 he has blogged at the Zenopus Archives (ZenopusArchives.blogspot.com) about Holmes Basic and the early history of D&D. In recent years Zach has contributed material to the gaming zines Dungeon Crawl, Fantastic! Exciting! Imaginative!, and Bayt al Azif, and the book Tales of Peril, a collection of Holmes’ D&D-based fiction published by Black Blade Publishing. 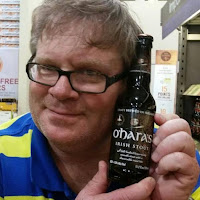 Walt O’Hara is a charter member of the Second Saturday Scrum Club. As a callow youth he was introduced to a relatively unheard of pastime that was still very new—role playing games, which became one of his fixations. Later, he started his long involvement with skirmish and naval games. His gaming blog is the Third Point of Singularity, and his audio blog is Airy Persiflage on Podbean. 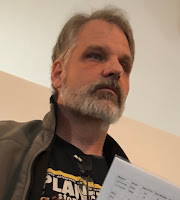 Steve B. began wargaming when he first got little plastic army men and has been exploring dungeons since there were just three little books to tell you how to do it. He loves gaming because it fosters creativity, builds cooperation, and challenges critical thinking skills. He has been helping other kids become gamers for over 20 years in an effort to repay those that got him into gaming. 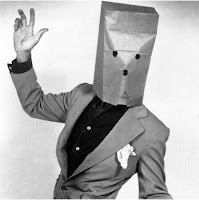 French the Unnamed Gamer is willing to play just about anything as long as someone else is running it. 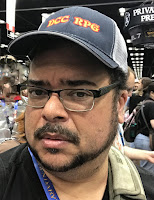 Josh O'Connor won two ENnies in 2015 for Best Monster/Adversary and Best Cover for "Terrors of the Secret War," published by Modiphius Entertainment. He is also the creator and host of Tankard Talk, which produces professional-quality, interactive videos about the tabletop games industry for Twitch and YouTube. 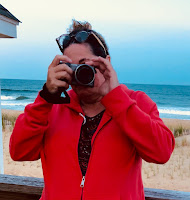 Ellen Levy has been photographing our games from the first Scrum Club meeting onward, providing most of the photos to be found scattered throughout this blog's various posts. More of her lovely work can be found on Instagram at EllenProLevy.

Within a few short months of its existence, the Second Saturday Scrum Club decided to organize and launch a small local convention it titled, oddly enough, Scrum Con, equally split between miniatures games (the club's focus) and role-playing games (something everybody in the club also loves). The inaugural Scrum Con was held in College Park, Maryland on Feb. 16, 2019. It was a rousing success, selling out of tickets a week ahead of time. The Scrum Club intends to make Scrum Con an annual event, filling a niche in the Wash., DC-area convention gaming scene. 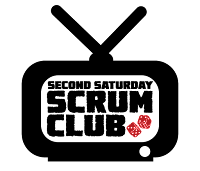 A read through our bios above demonstrates that we're a fairly industrious bunch, so it seems only fitting that we'd be tempted to add another extracurricular activity to our monthly game gathering. Launched in May 2019, Scrum Club TV will include post-game discussions, convention field reports, and perhaps the occasional interview with game designers, artists, and miniatures sculptors.

I have wanted some good roads to add to my games for a while now. My first attempt was a couple of years ago when my standards were a bit lower and I wasn't sure how much I was interested in investing in this new hobby. I bought some PDFs of cobblestone roads that I sized, printed, and glued to felt. The result was okay, but the way my laser printer  produced the roads ended up being quite reflective to the point of almost being glossy looking. The combination of glue, paper, and felt also meant the roads had a wavy consistency and almost always curled at the edges. I used them once or twice but was never happy with them. My sub-par first attempt at making roads for my games using felt strips, glue, and printed designs. You can see how shiny and how wavy and curled at the edges they turned out. I never felt good about putting them on the table for our games and eventually stopped altogether. I've been meaning to take another crack at making some roads now that I have
16 comments
Read more

After Games Workshop attained the license to print a co-branded edition of TSR's 1977 Dungeons & Dragons basic rules book, they set about putting their own stamp on it, designing a new cover and replacing a number of the illustrations they deemed too crudely drawn for their U.K. market.  The cover art was by John Blanche at the very start of his career as a fantasy illustrator. Blanche went on to be a mainstay at Games Workshop, producing countless illustrations for them. His fannish enthusiasm for the material--as an artist as well as a lifelong gamer--has deservedly made him a favorite over the decades. I first encountered Blanche's work in the David Day compendium, A Tolkien Bestiary (1978), to which he contributed five illustrations that sit comfortably alongside the book's chief illustrator, Ian Miller. I have a special fondness for this book, having coveted it as a child during my incipient Middle Earth fixation. My parent's procured an out-of-print copy of t
4 comments
Read more

It's always a pleasure to find new wargaming friends, especially when they fall in line with your own gaming ethos and level of dedication to crafting fun games. Eric Hoffman had been scheduled to be a game master at Scrum Con in both 2019 and 2020, but family illnesses torpedoed his intentions both times. It's no fun as a convention organizer to have to scramble to find a replacement GM at the last minute, but life often gets in the way regardless of best intentions, and I completely understood his situation.   But having never met Eric, it was hard to know if it was a big loss to our con and its players who had signed up for his games. Now that I've had the chance to play with Eric a couple of times, I can definitively confirm that it was indeed a big loss, and now I'm really looking forward to him being able to run a game for folks at a future Scrum Con. Eric finally did get to attend a Scrum Con event of a sort when we hosted our virtual Summer Invitational back i
5 comments
Read more

Long-time readers of the blog will remember the adaptation of "Beyond the Black River" I started working on in the spring of 2018 for the  Sellswords & Spellslingers  rules. I ran it for the first time at Historicon 2018, and have now run it at several conventions and game days since. Sellswords & Spellslingers is designed for solo and co-op play, so to do my bit in helping the game community in its fight against boredom during these isolating pandemic days, I've decided to gather and organize all of the material I developed for my convention scenarios and make it freely available as a download via this blog. At the link further down is a 68-page PDF file with all of my player aids and notes. Of all of the major solo/co-op miniatures rules that have been released in the past few years, Sellswords & Spellslingers  is hands down the best if unfortunately not the most widely known or used. I highly encourage you to buy a copy of the rules, if you
10 comments
Read more

I've always enjoyed a good competitive match as much as the next guy, whether it was sports in high school or video games (HALO, etc.) in my thirties. But regardless of the game, I've always been partial to team play, and the best cooperative games put all of the focus on succeeding as a team. That's one of the reasons I was enthusiastic about getting Andrea Sfiligoi's latest release,  Sellswords & Spellslingers (Ganesha Games), on the table for this month's Second Saturday Scrum Club gathering. Last year I had organized a Halloween game ( recap ) to beta-test Sfiligoi's Run From the Dead , which is built atop the same cooperative mechanics as Sellswords . I was surprised when I discovered these rules were re-skinned for the fantasy genre and released last December ahead of Run From the Dead . Hopefully, the zombie apocalypse version of the rules is not too far behind because I definitely think  Run From the Dead  is the best tabletop miniatures rule s
8 comments
Read more

In a year and half filled with dispiriting news and developments, sometimes the world whispers in your ear that not all is destined for despair. Some of you may recall a  post about my miniatures gaming guru Mar Rosquites from April 2020. It was a tribute to a friend out in San Francisco that I thought I had in all likelihood lost forever. As I recounted in that post, communications with Mar had ended abruptly, with the months of silence eventually broken by a cousin who contacted me to say that Mar had had a "stroke" and had lost much of his vision.  I came to learn later the reality was even worse. He had suffered from an undiagnosed heart condition that led to an aortic dissection, better described as a simultaneous stroke and heart attack in terms of how deadly and ravaging to the body it is. Most people die from the rapid internal bleeding from this literal tear that spontaneously occurs in the heart, as was the case with John Ritter back in 2003 at age 54.  It's
11 comments
Read more