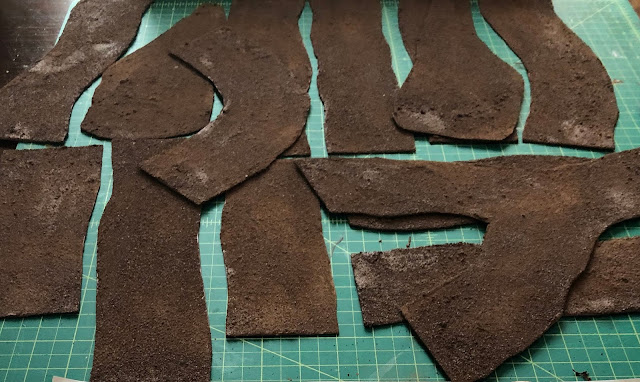 I have wanted some good roads to add to my games for a while now. My first attempt was a couple of years ago when my standards were a bit lower and I wasn't sure how much I was interested in investing in this new hobby. I bought some PDFs of cobblestone roads that I sized, printed, and glued to felt. The result was okay, but the way my laser printer  produced the roads ended up being quite reflective to the point of almost being glossy looking. The combination of glue, paper, and felt also meant the roads had a wavy consistency and almost always curled at the edges. I used them once or twice but was never happy with them.


I've been meaning to take another crack at making some roads now that I have more terrain-making experience under my belt and find the process less intimidating. If I had to pass on any advice to newcomers to terrain making it would be to watch a number of YouTube tutorials or check out a site like my pal John's 1,000 Foot General, and then just jump in and get your hands dirty. Material is typically fairly cheap, and the more you are willing to improvise and make mistakes, the faster you'll become comfortable with the creative process involved.

When I was putting together my board for my zombie apocalyse game for Halloween 2017, I landed on the idea of using linoleum floor tile for the small town's paved roads. They turned out well enough, and the tiles had three main virtues: (1) they're easy to find, (2) they're incredibly cheap, and (3) they're easy to cut with simply scissors. 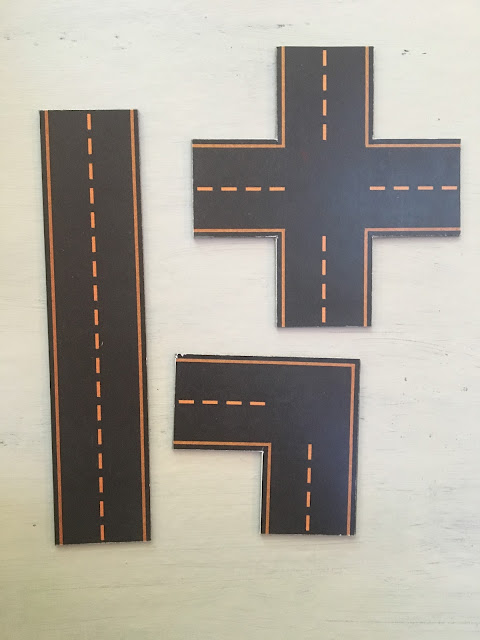 When it came time to construct terrain for my game adaptation of the Conan short story "Beyond the Black River," I went back to vinyl floor tiles because I appreciated another inherent quality: their low profile, which allows them to feel more integrated with the surrounding terrain and less like a piece sitting raised on top of the mat or board.

The next time I was at Home Depot, I bought another small stack of 10 tiles ($0.49 each), knowing I'd use them for something else. That "something else" turned out to be the dirt roads I made last weekend. Below are some shots and notes on the process. In the end I made several feet of dirt road (as well as lots of bases for forest floors or muddy/rough terrain patches with the spare bits) for around $10 or less in materials.


All in all, setting aside the time for glue and spray paint to dry, I would say the rest of the project—measuring, cutting, gluing sand, spray painting, and then dry brushing—was the equivalent of an afternoon's work (perhaps 3-4 hours). I'm pretty pleased with how it all turned out, and I have something like nine feet of road and a lot of other terrain bits out of it.

I'm surprised more wargamers don't employ linoleum tile when building terrain, given how cheap and versatile it is, and how it eschews a lot of the headaches associated with using MDF board, which I find a nightmare to cut with my electric jigsaw and prone to warping without lots of extra prep.

Working on this blog reminded me of this song from a lifelong favorite film that changed me forever upon seeing it as a child. Take a moment, give it a listen, and contemplate what kind of road you want running through your imagination and across your game table.