May 12, 2021
My friend, fellow Scrum Clubber, and Scrum Con co-conspirator John Sears has launched his first Kickstarter for a line of miniatures to be used with his upcoming game called Star Schlock.
I've been playtesting the game with john for the past two or three years, and remember looking at PDFs of the earliest iteration of the rules set in an entirely different milieu. Read more about Star Schlock at John's excellent site for the game, where you can also sign up for the mailing list to stay informed of future developments.
The guiding aesthetic behind Star Schlock is an evocation of those sci-fi movies and TV shows we all loved regardless of actual quality from our childhoods in the 1970s and early 1980s...stuff like Battle Beyond the Stars, Buck Rogers, and Space: 1999, and any of a dozen Star Wars-inspired B-movie cash grabs of the era.
The game is still a work-in-progress, though we've played it countless times in the Scrum Club, and John has run it at a couple of conventions now, including Historicon. John, ever industrious, even created a version of it for us to keep playing during the pandemic on Tabletop Simulator, importing a number of the sculpts he has created for the game.
The current Kickstarter is for a number of the miniatures he has sculpted tied to the lore he's creating for the Star Schlock universe, but these miniatures would just as easily fit right in with any number of current games, perhaps most notably the new Stargrave rules.
I was impressed over the past couple of years as John taught himself digital sculpting, and then proceeded to churn out one miniature after another that harkened back to all of this kitschy sci-fi material without succumbing to slavish mimicry. And the fact that as a sculptor he already demonstrates such a keen feel for posture, gesture, and body language is all the more impressive. But given that John's work, which I first stumbled across on his blog 1,000 Foot General, was one of my go-to sources for inspiration when I first entered the wargaming hobby a few years ago, I shouldn't have been too surprised that he would come out of the gate at a sprint rather than a trot with these miniatures.
I, of course, will be picking up at least one of everything from this Kickstarter, and I encourage you to consider doing the same. And help John out by spreading the word to any of your interested gamer buddies!
The Kickstarter ends at May 18 at 9:00 p.m. (EST).
Don't miss out...back Star Schlock today! 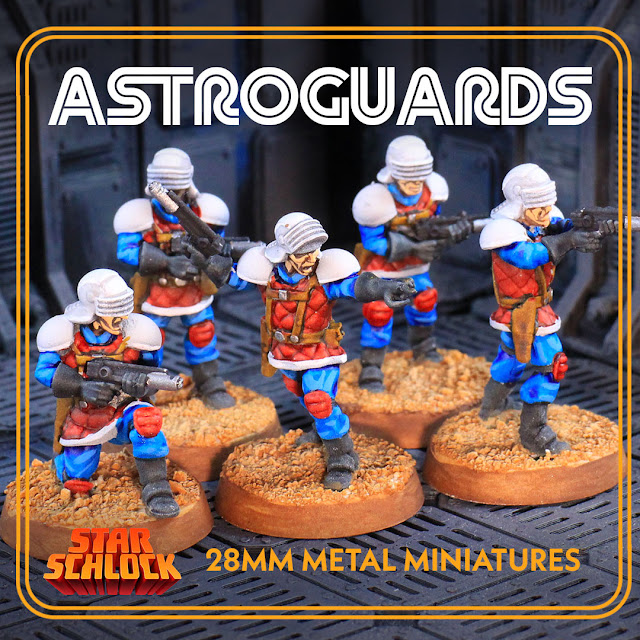 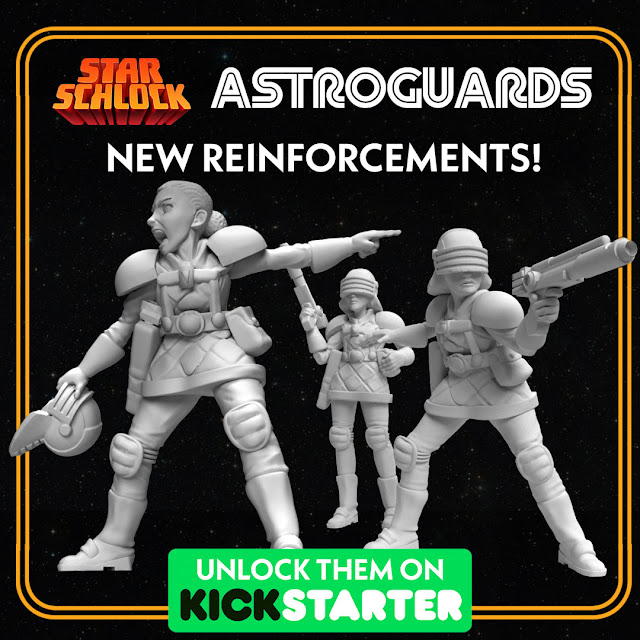 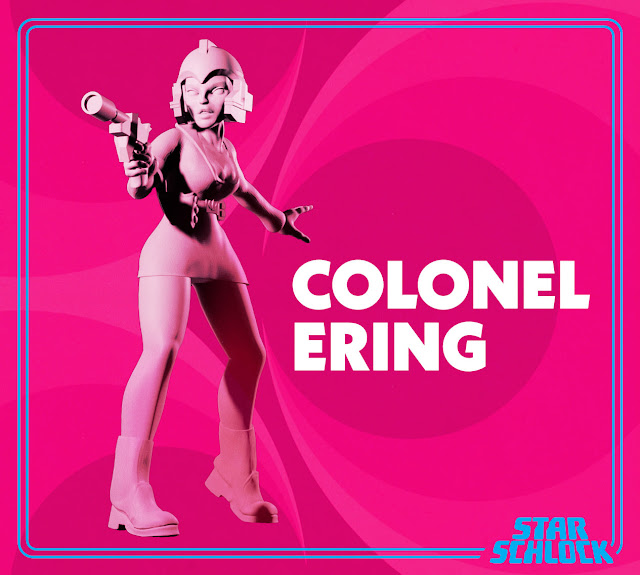 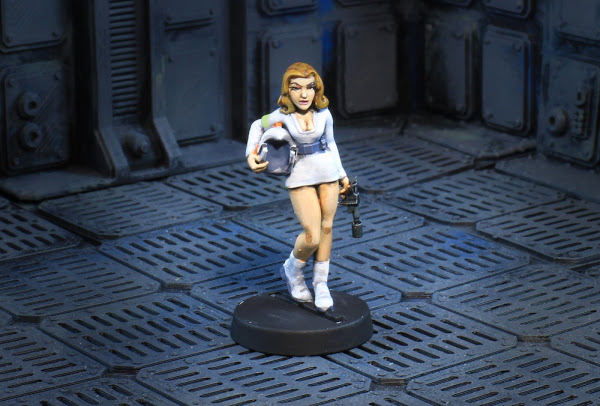 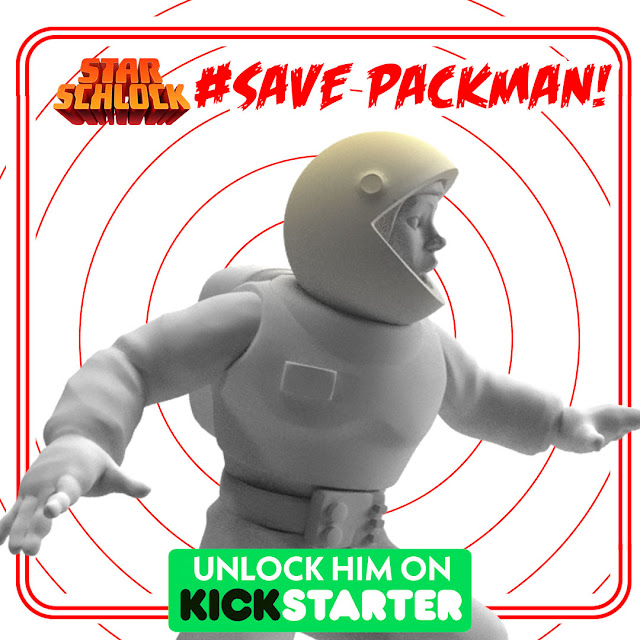 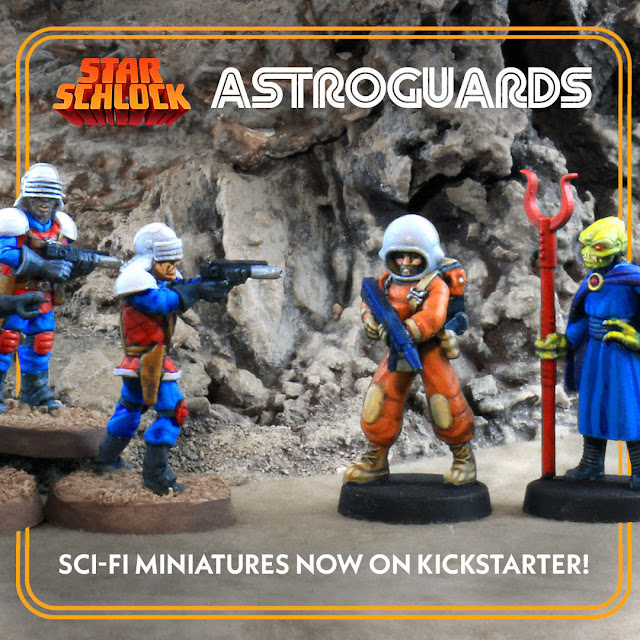 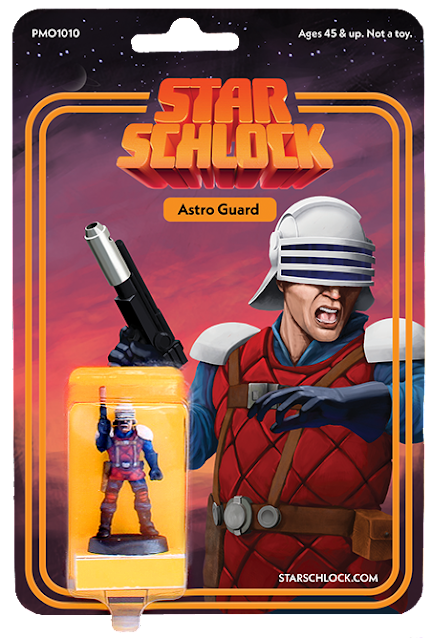 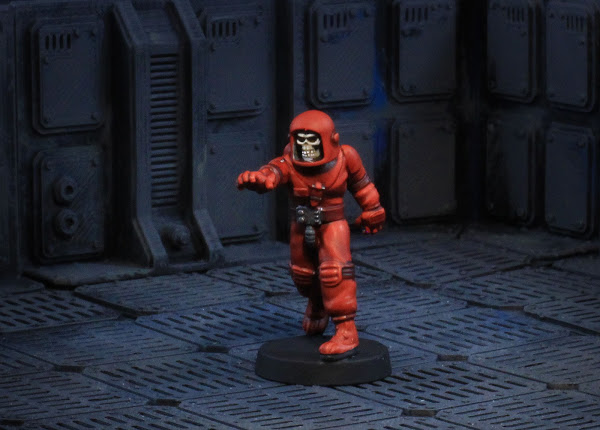 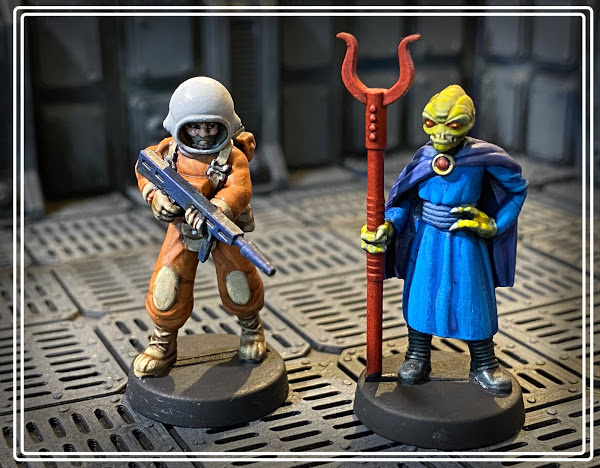