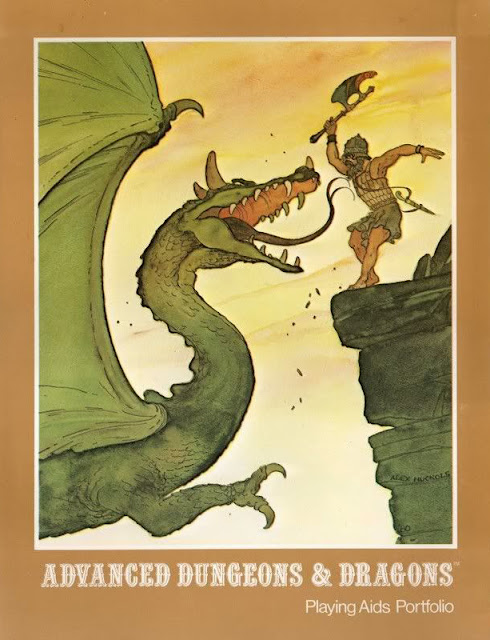 Artist Alex Nuckols made what disappointingly ended up being a minor yet still evocative contribution to the visual history of D&D with a series of paintings he was commissioned to produce for a school supply company named St. Regis. It seems he painted nearly a dozen pieces that graced the covers of D&D-themed notebooks, folders, and three-ring binders in 1980-81. As a D&D-obsessed kid of 10-11 years old at the time, I owned three or four of these and have never parted with them.

Here are some examples I found online. I’ve always regretted that Nuckols didn’t produce work for any actual gaming material released by TSR (or any game company) because to this day I think he captured the gritty feel and texture of how I imagined these fantasy worlds in my mind’s eye. He was certainly a more accomplished artist than many of those who ended up in the stable as staff at TSR at the time. Artistically, his compositions are always compelling and typically eschew the over-heroic poses of much fantasy art. The moments he chooses to depict are usually ones in which the “protagonists” are quite vulnerable, overwhelmed, and not at all certain of survival, with a genuine sense of pervasive fear as the “heroes” encounter something they might not be capable of reckoning with. 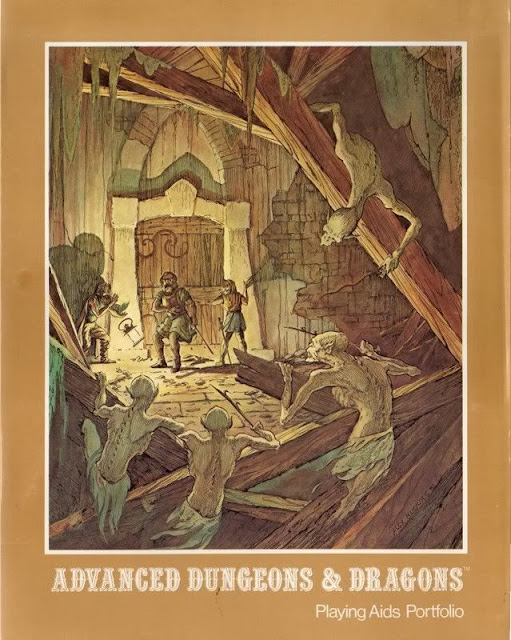 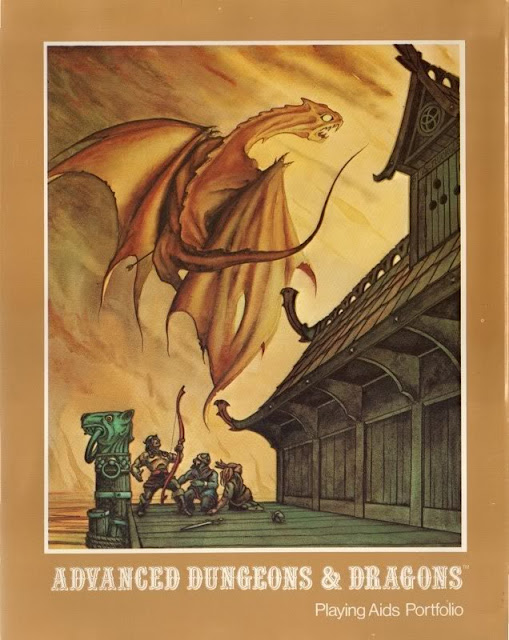 This looming dread and uncertainty was much more in the spirit of how our games of D&D felt at the table and how I imagined any good D&D narrative should feel. The less-than-heroic realism of the anatomy, garb, and proportions of the characters only added to the perilous realism depicted in a moody watercolor palette. I was hoping that the recent art of D&D book was going to at least reference this series of paintings, and was disappointed by their omission.

My career is in publishing, and besides my day job I also have my own press dedicated to preserving the forgotten work of illustrators and cartoonists. If anybody has any of these notebooks and folders and would be willing to make high-resolution scans, I very much would like to publish a portfolio of these underappreciated gems. 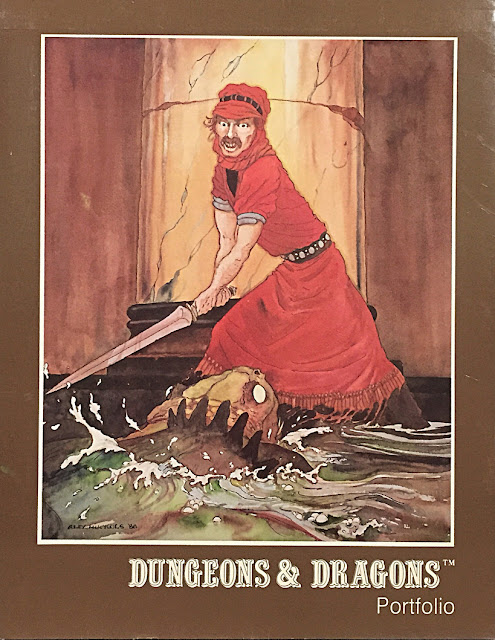 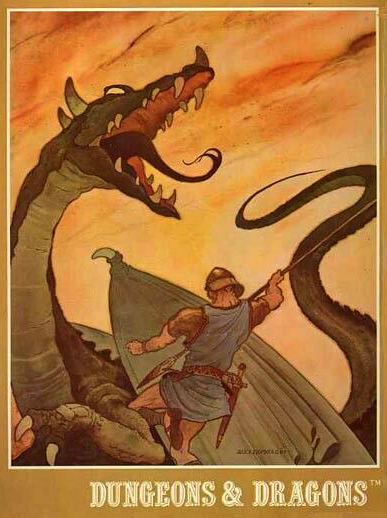 April 17, 2018
I've always enjoyed a good competitive match as much as the next guy, whether it was sports in high school or video games (HALO, etc.) in my thirties. But regardless of the game, I've always been partial to team play, and the best cooperative games put all of the focus on succeeding as a team. That's one of the reasons I was enthusiastic about getting Andrea Sfiligoi's latest release,  Sellswords & Spellslingers (Ganesha Games), on the table for this month's Second Saturday Scrum Club gathering. Last year I had organized a Halloween game ( recap ) to beta-test Sfiligoi's Run From the Dead , which is built atop the same cooperative mechanics as Sellswords . I was surprised when I discovered these rules were re-skinned for the fantasy genre and released last December ahead of Run From the Dead . Hopefully, the zombie apocalypse version of the rules is not too far behind because I definitely think  Run From the Dead  is the best tabletop miniatures rule s
7 comments
Read more